Nikhita is active in the Speech and Debate Club as well as the Newspaper Club. She is also Captain of the Women’s Varsity Tennis Team and Stage Manager of Student Theater. Her summer plans include working in the Dominican Republic on diabetes education.

Sarah will be attending Utah State University in the fall of 2017 as a Broadcast Journalism major with plans to become a journalist. She already has a strong head start on her career as the Senior News Anchor for her School’s Broadcast Program, WCTV19.

Sabrina works hard to hone her public speaking skills, which she believes are valuable in any career. She has competed in many speech contests. Sabrina plans to major in Biomedical Engineering for her undergraduate degree and eventually go to law school.

How do we stand up to sexism?

What can I/AAUW do to break down stereotypes? 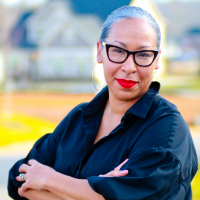