In November, voters will make decisions on 12 state ballot propositions.  These cover a variety of issues.  The Public Policy Committee reviewed the ballot measures to see which ones are relevant to our Public Policy Priorities and to our mission. There are seven that AAUW will support based on this review.  We hope you will agree and vote to support these measures.

Several do not address issues relating to our priorities and mission.  Those are listed as “No Position.”  As an individual, you will need to decide how you will vote on these issues without AAUW’s recommendation.

Propositions with SUPPORT positions have brief descriptions of what they do and who sponsored the measures, as well as key supporters (pro) and opponents (con).  AAUW policies that apply are listed in parentheses.

Asks voters to approve a bond for $5.5 billion to support continued stem cell research, as past bond money is now used up.  Stem cell research is used in developing cures for and treating diabetes,  Alzheimer’s, HIV/AIDES, stroke

Changes the property tax structure to assess large commercial properties worth more than $3 million at current market value.  It exempts from changes in property taxes residential properties, agricultural land, and business with a value of $3 million or less. Money generated goes to public schools and services provided by local jurisdictions.

Reinstates race, ethnicity and country of origin as considerations for school admittance and government employment.  A previous proposition was passed by the voters banning the use of these factors by schools and government agencies.  That ban would be negated by this measure.

Allows people on parole to vote once their prison sentence has been completed and they are re-entering the community under parole.  Currently, those on probation can vote.  Imprisoned felons cannot vote.

Allows 17-year-olds to register and vote in a primary election and any ensuing special elections if they will be 18 by the general election, thereby experiencing a full election cycle.

Authorizes local governments to place rent control measures on housing that is more than 15 years old.  Single family homes are exempt if no more than 2 properties are owned.  Landlords are guaranteed fair financial returns.

Voters decide to keep or reject SB 10 which ends the use of cash bail in determining whether a suspect is released or kept in jail while awaiting trial, and instead uses risk assessment as a way for judges to decide about releasing jailed suspects awaiting trial.

AAUW has taken NO POSITION on the following propositions: 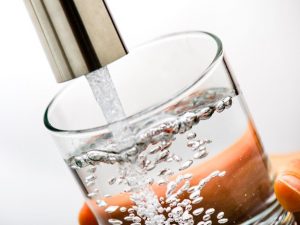