The United Nations’ (UN) International Literacy Day annually falls on September 8 to raise people’s awareness of and concern for literacy issues in the world.

According to UNESCO, about 774 million adults lack the minimum literacy skills. One in five adults is still not literate and two-thirds of them are women. About 75 million children are out-of-school and many more attend irregularly or drop out. However, literacy is also a cause for celebration on the day because there are nearly four billion literate people in the world.

The UN General Assembly proclaimed a 10-year period beginning on January 1, 2003, as the United Nations Literacy Decade. The assembly also welcomed the International Plan of Action for the Decade and decided for UNESCO to take a coordinating role in activities at an international level within the decade’s framework. On International Literacy Day each year, UNESCO reminds the international community of the status of literacy and adult learning globally. This day was first celebrated on September 8, 1966. 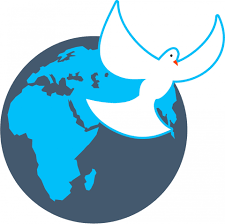 The International Day of Non-Violence is marked on 2 October, the birthday of Mahatma Gandhi, leader of the Indian independence movement and pioneer of the philosophy and strategy of non-violence.Share this:Click to share on Facebook[...]
Oct
5
Wed
2022
all-day World Teachers’ Day
World Teachers’ Day
Oct 5 all-day