Many Black women have made significant contributions to history, thought, society, innovation, science, government, civil rights, women’s rights, and much more. For Black History month we celebrate the achievements of but a few:

Rosa Parks and Claudette Colvin (age 15) helped initiate the Civil Rights movement by refusing to give up their seats to white men on Montgomery, Alabama buses. Their actions inspired resulted in the U.S. Supreme Court ruling that bus segregation was unconstitutional.

Dorothy Jean Dandridge was an actress, singer and dancer, the first African American film star to be nominated for the Academy Award for Best Actress for her performance in Carmen Jones (1954).

Katherine Johnson, a brilliant mathematician, was one of three Black students to integrate West Virginia’s graduate schools. Her greatest contribution was to space exploration through her calculations synching Apollo’s Lunar Module with the lunar-orbiting Module. She also worked on the Space Shuttle. (1958-1986)

Madam C.J. Walker was considered the wealthiest African-American businesswoman in America (1911-1919), by developing and marketing a line of cosmetics and hair care products for Black women.  She hired 40,000 “ambassadors” to sell her products.

Toni Morrison released her novel Beloved in 1987, winner of the Pulitzer Prize, based on the true story of an African American enslaved woman. In 1993, Morrison became the first Black woman to win the Nobel Prize in Literature.

Oprah Winfrey, born into poverty in rural Mississippi to a single teenage mother, molested as a child and pregnant at 14, became the most influential woman in the world by many accounts. An American talk show host, television producer, actress, author, and philanthropist, she was the richest African-American of the 20th century and was once the world’s only black billionaire. 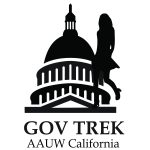 This virtual program for high school junior and senior girls is designed to elevate the next generation to pursue careers in public service and elected office.  Over five two-hour sessions, students will engage in interactive[...]
Feb
16
Thu
2023
6:00 pm DAW-AAUW presents: What’s Next a...
DAW-AAUW presents: What’s Next a...
Feb 16 @ 6:00 pm – 8:00 pm 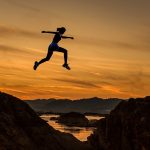