The AAUW CA Program Committee is happy to announce the program recognition awardees for 2016.  Five branches were recognized for efforts on the topic of Human

Five branches were recognized for efforts on the topic of Human Trafficking:

Alameda: in collaboration with the local college presented a forum which included representatives from the FBI and District Attorneys Office.

Danville-Alamo -Walnut Creek:  partnered with 4 organizations and attracted 200 attendees to Hidden in Plain Sight:  Human Trafficking in the Bay Area.

Monterey Peninsula: More About Human Trafficking from a Survivor informed members about the problem from a young woman who was sexually abused from age 10.

Nevada County: partnered with 3 women’s groups, the police department and Courage International which provides assistance to survivors of trafficking.

Sacramento: 220 attended their forum on trafficking which was cosponsored by 10 organizations.

3 branches were recognized for their work with precollege students:

Beach Cities:  presented KBUG (know before you go) in response to a 2013 Outlook on the shocking state of student loans.  This program begins in 8th grade and involves 4 organizations.

Morgan Hill: Presented GEMS (Girls Engaged in Math and Science) who meet monthly with about 20 girls in grades 12.for informal mentoring and STEM enrichment activities and includes several former Tech Trekkers. In addition, they are being recognized for their Laura Jenkins STEM one day workshop for high school girls and is supported by the local business who farm vegetables anaerobically which is converted to organic fertilizer.

Humboldt:  they screened Freida Monk.s documentary Anita Speaking Truth to Power about the Anita Hill confirmation hearings. This featured 100 students an had a discussion lead by the college professors.

Long Beach:  they screened the Jennifer Hall Lee film Feminist Stories from Women’s Liberation 1963-70. They sold 143 tickets, made $820 for Tech Trek, got 8 prospective members and involved 10 organizations.  In addition, they are being recognized for their

4 branches were recognized for Political Action:

Los Altos:  their program Step Up for ProChoice involved 5 organizations and 100 women who attended the annual rally recognizing Roe v Wade anniversary to protest the assaults on planned parenthood.  They have been participating since 2002

Pacifica:  A member made a presentation on the AAUW trip to Cuba and the political implications for us.

San Clemente-Capistrano Beach; They presented In it to Win It-Electing Madam President. Emphasizing women in politics. They are also being recognized for their program Islam in the Modern World-Women and Islam Today.

We also are recognizing 3 additional branches:

Auburn:  in addition to presenting Unconscious Gender Bias: Breaking Out of the Box their meeting also included an added component about Career Possibilities presented for 8 Tech Trek girls.

Victor Valley; They partnered with their CU partner to honor 4 local women.  This event with 100 students is part of a series of continuing meetings.  In addition, they are being honored for their program She Served so that We Could Live Free featuring 2 member veterans in their 60s and 2 recent servicewomen who talked about their lives in the service. 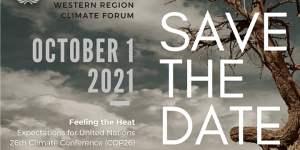 The International Day of Non-Violence is marked on 2 October, the birthday of Mahatma Gandhi, leader of the Indian independence movement and pioneer of the philosophy and strategy of non-violence.Share this:Click to share on Facebook[...]
Oct
5
Tue
2021
all-day World Teachers’ Day
World Teachers’ Day
Oct 5 all-day 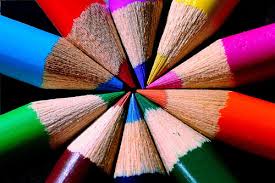